Pier Luigi Nervi (1891-1979) is one of the greatest structural architects of the 20th Century. His extraordinary success in combining the art and the science of building produced some of contemporary architecture’s finest works. Together with other engineers who had a natural inclination to synthesise static and spatial ideas (above all, Eduardo Torroja), Nervi contributed, in the middle decades of the last century, to a break with the formal concepts of rationalism. His constructions based, like those of Torroja, on bold technical-structural solutions achieved an extraordinary elegance and have become icons of a new kind of architecture which enjoy world-wide admiration and esteem. His creations, scattered across Italy, Europe, America and Australia, made those years a glorious period for Italian architecture. A native of the Valtellina, Nervi graduated in Civil Engineering at Bologna in 1913, in a fertile period for scientific, technical and architectural ideas. In the years straddling the 19th and 20th centuries, the new technique of reinforced concrete began to take its place alongside the technology of steel which had characterised the engineering and architecture of the great constructions of the 19th century. This led to a renewal of construction methods and of the very concept of project design in the years to come. Thanks to the contribution of a few pioneers, builders, designers and scholars, the new technique quickly became popular in a very wide variety of sectors and, from the very beginning, it was associated with a more or less conscious search for stylistic results. Just consider Hennebique’s daring structures for the Grand Palais and the Petit Palais (for which he won the Grand Prix at the 1900 Paris Exhibition) and the bold and elegant Ponte del Risorgimento which he built in Rome in 1911; or the bridges Maillart constructed in Switzerland in the first years of the century paying particular attention to the expressive value of the structures.

It is against this background that Pier Luigi Nervi’s professional career began. Like the pioneers who had preceded him, after an initial period of training in the technical office of a construction company, Nervi set up his own business in 1920[1] choosing reinforced concrete as the basis of his construction technique. Nervi was to maintain this dual role of designer and builder throughout his life and this would make him an atypical figure on the engineering and architectural scene of the latter part of the 20th Century. He has been described as having an engineer’s audaciousness, an architect’s imagination and a businessman’s practical realism. His use of the most advanced technical solutions always went hand in hand not only with the pursuit of formal elegance but also with an equally strong attention to the technical and economic aspects of the building site and of business activity. The stadium in Florence (1930) was the first great work which made him the centre of attention of critics and the public, both in Italy and abroad. Besides the intrinsic beauty of the project, characterised by the elegance and strong visual impact of the cantilevered roof, the competition was really won on account of the low cost of the construction. The great hangars for the Italian air force at Orvieto and Orbetello followed between 1935 and 1940, another case where the contract was awarded because the proposal was technically and economically sound. Here Nervi designed a daring geodetic roof made up of a frame of intersecting arches to enclose an internal space which is dramatically simple in structure. The first hangar was constructed using traditional centring techniques; in those which followed he used precast elements for the ribs which were then connected on-site. The use of precast components would afterwards become a constant in Nervi’s works as, with more than a touch of genius, he sought to exploit to the maximum the outstanding compositional and structural freedom which this technical process offers.

The hangars are also the first structure for which, in addition to static calculations, Nervi had recourse to trial runs using reduced scale models made at Milan Polytechnic by Guido Oberti (1907-2004). This was done in order to check the validity of his own original structural conception in the final phases of the project. He would maintain this procedure for most of his later works. The scientific collaboration with Oberti within the new research laboratory of the ISMES[2] continued for more than 30 years and was a high-point for Italian experimentalism.

In his first important post-war work – the Turin Exhibition Hall B of 1949 – Nervi used the new technology of “ferro-cement” to make the precast elements employed in the imposing transparent barrel-vault of 94 metres of light. This is a thin layer of concrete reinforced by a thick mesh of small diameter wires that can be used to mould elements of any kind of geometric shape (undulating in the case of the Turin vault and in the great ribbed dome of the 1960 Palazzo dello Sport in Rome) which, once put in place, are connected by concrete fastenings. In the semi-circular apse of Exhibition Hall B and the later Hall C of the same exhibition complex, the prefabricated elements became thin diamond-shaped tiles (2 cm thick) functioning as formwork for the later concrete slabs on the ceiling and along the contact channels at the sides. The result is a spatial mesh intersected by ribbing which became the pattern for the structural fabric with which Nervi, in later years, created the shell of the vaults and domes of some of his most famous works: Kursaal (Ostia, 1950), the Sala delle Feste (Chianciano, 1952), the Palazzetto dello Sport (Rome, 1957, with A. Vitellozzi), Field House at Dartmouth College (USA, 1961), the Norfolk Scope arena (USA, 1968, with Williams & Tazewell and W. Blum) and St Mary’s Cathedral in San Francisco (1971, with P. Belluschi). Nervi’s first important work outside Italy was the UNESCO Headquarters in Paris (1953-58) on which he worked with M. Breuer and B.H. Zehrfuss: its most characteristic feature is the fascinating folded structure in exposed concrete of the walls and roof. As his credentials as a designer became established internationally, a series of other prestigious commissions followed. Besides those already mentioned, the list includes: the George Washington Bridge Bus Terminal (New York, 1962) whose principal structural feature is the butterfly-like reticular beams; the skyscraper in Montreal’s Victoria Square (1962-65, with L. Moretti); the Australia Square skyscraper in Sydney (1962-67, with H. Seidler) and the Italian Embassy in Brasilia (1979, with his son Antonio). In Italy, works from his later period which deserve particular attention include: the Pirelli Tower in Milan (1955-59, with A. Danusso and G. Ponti); the complex of works for the 1960 Rome Olympics (besides the Palazzetto dello Sport and the Palazzo dello Sport, there are the Stadio Flaminio and the Corso Francia Viaduct); the Palazzo del Lavoro in Turin (1960), with its 16 geometrically fascinating columns whose striped slanting surfaces are covered by a steel umbrella-like structure (designed by G. Covre); the Ponte Risorgimento in Verona (1963-68) and the Papal Audience Hall in the Vatican (1966-71), which recalls the themes of the Turin Exhibition Hall of 20 years earlier while enhancing them to create an imposing composition. From the middle of the 1950s, most of the projects are collaborations with his son, Antonio. Nervi’s writings are extensive and of great interest. They focus especially on the language of architecture, on the relationship between structure and form and the science and art of building and, more generally, between engineering and architecture and also on the ethical value of building in a correct way. These were also the typical subjects of the university teaching he regularly carried out at Rome’s Faculty of Architecture and of some of his important speeches at prestigious universities from Harvard to Buenos Aires, as well as his exchanges of ideas and professional collaboration with those who shared his culture and mind-set, such as Mario Salvadori, structural engineer and professor at Columbia University.

The exhibition “Pier Luigi Nervi Architecture as Challenge” seeks to do more than to analyse the crucial part which formal inventiveness plays in the works of this major figure whom Nikolaus Pevsner described as the most brilliant artist in reinforced concrete of our time. By investigating everything that lies behind the specific stage of structural design, it also aims to explore the complex world of his cultural references and his relationships which even today do not seem to have been sufficiently examined. 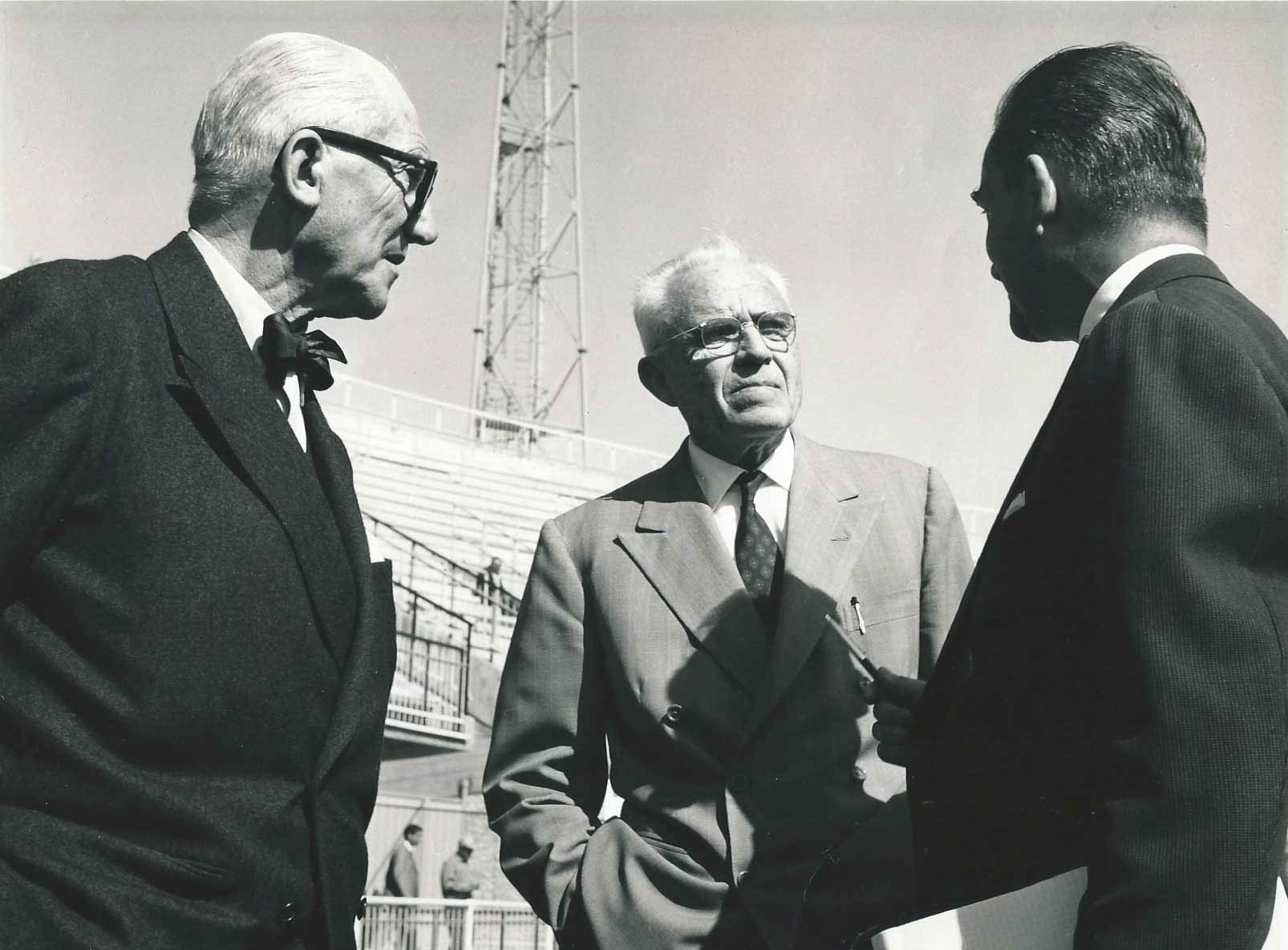 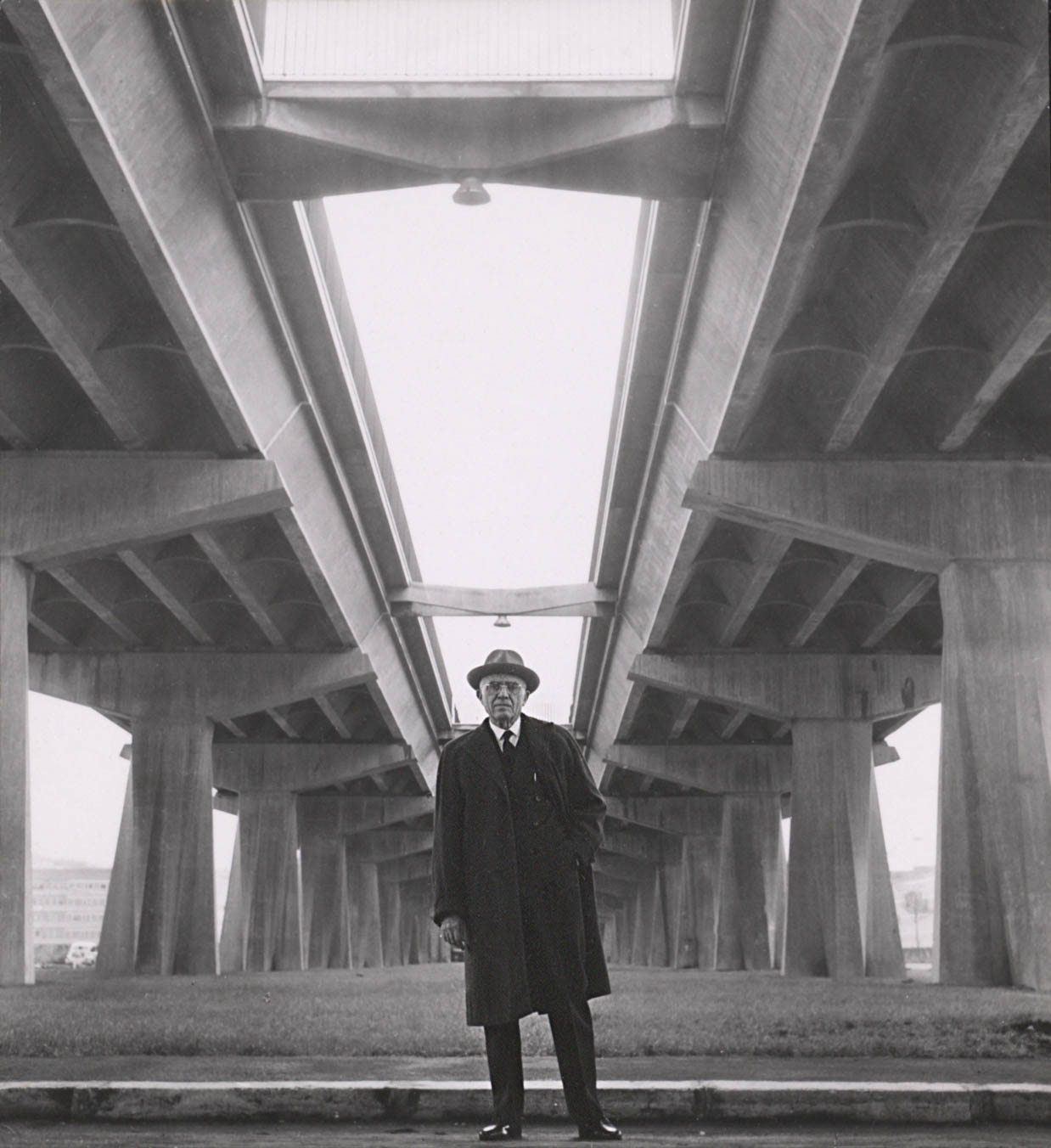 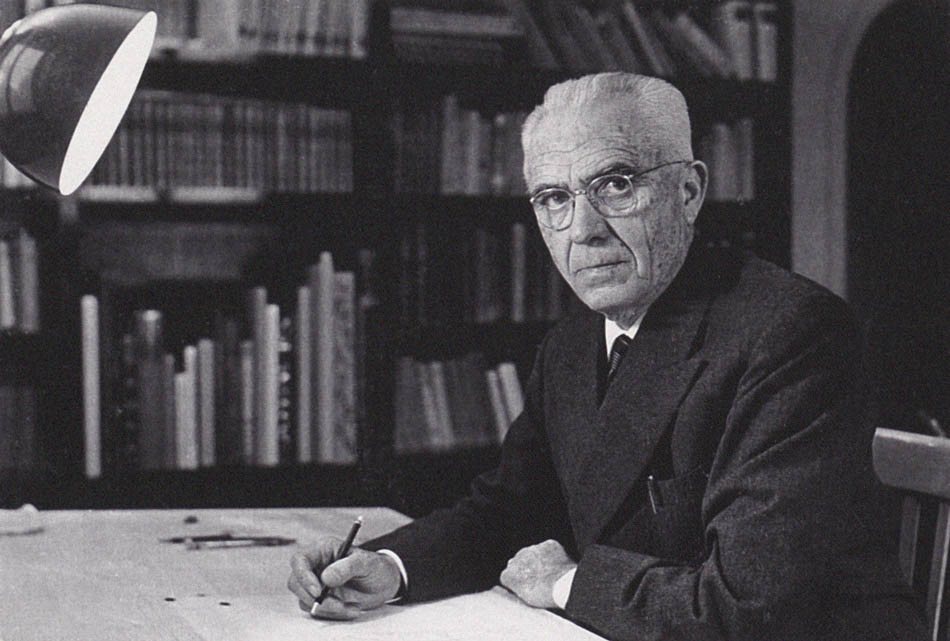 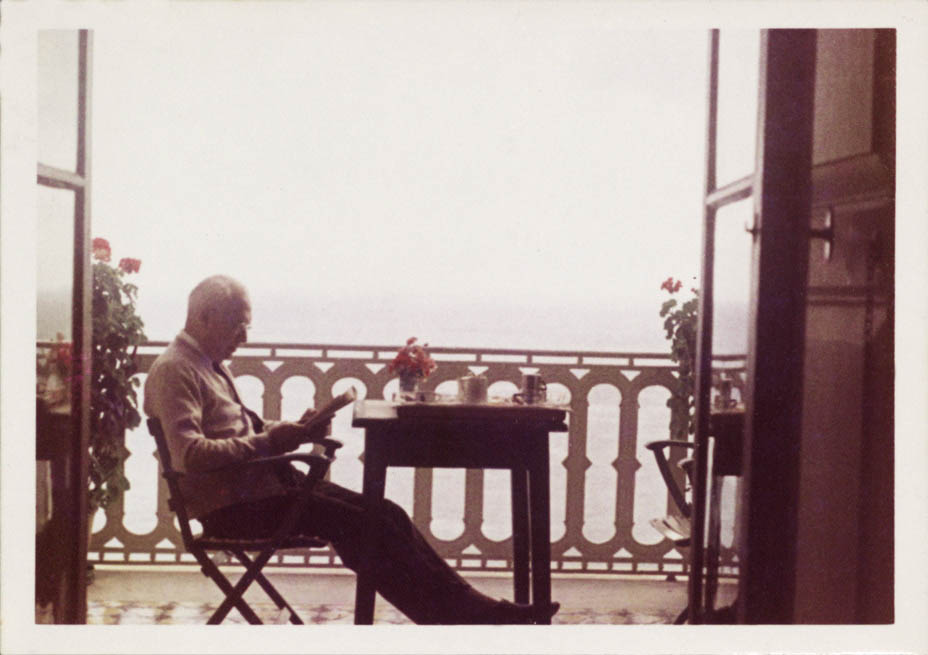 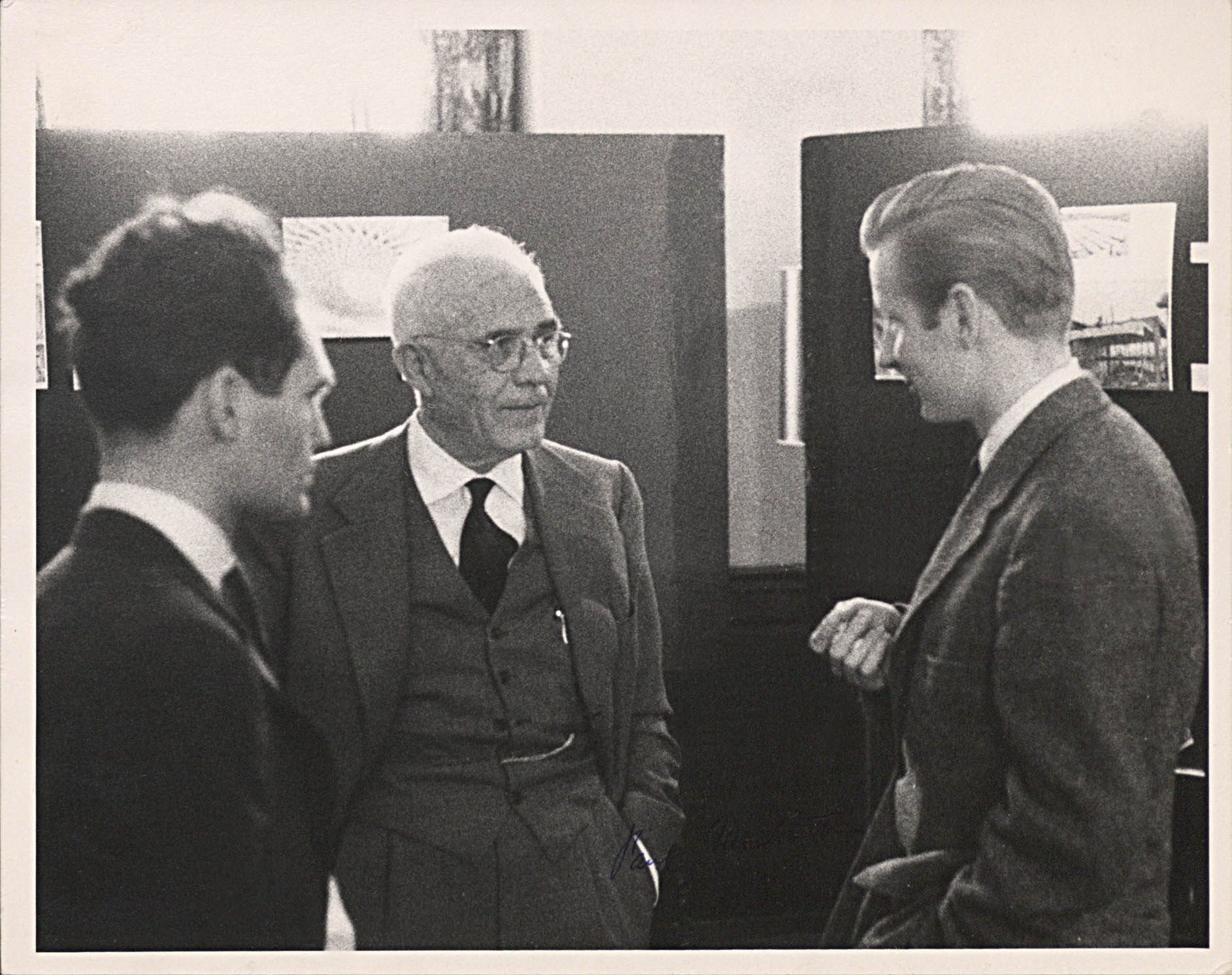 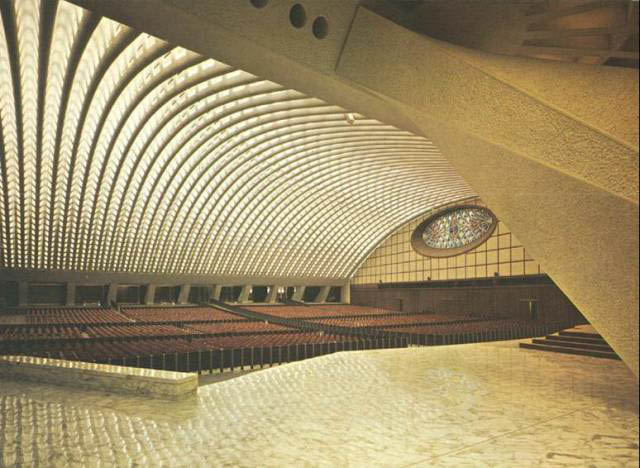 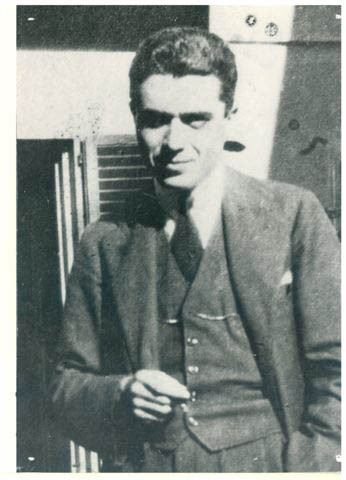 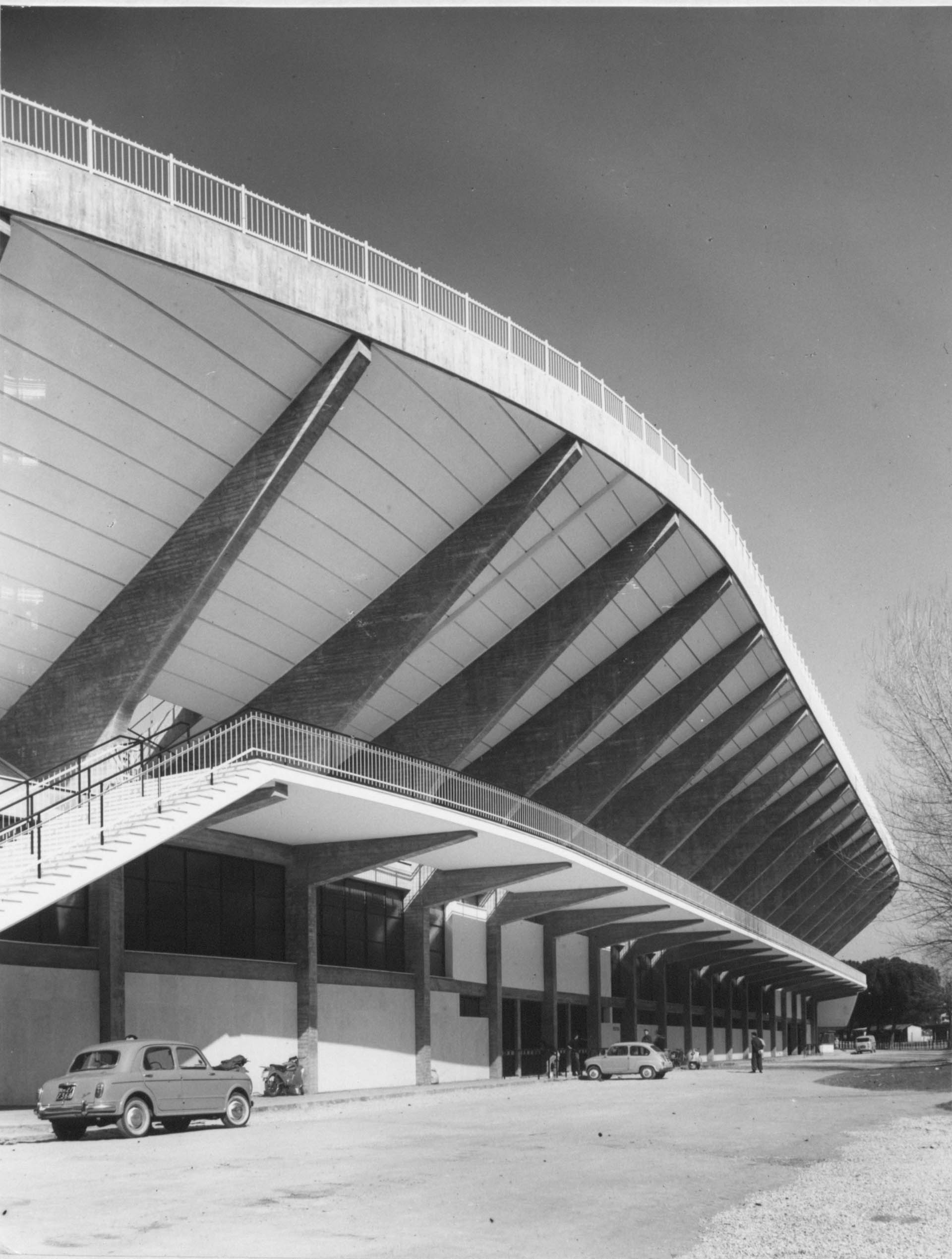 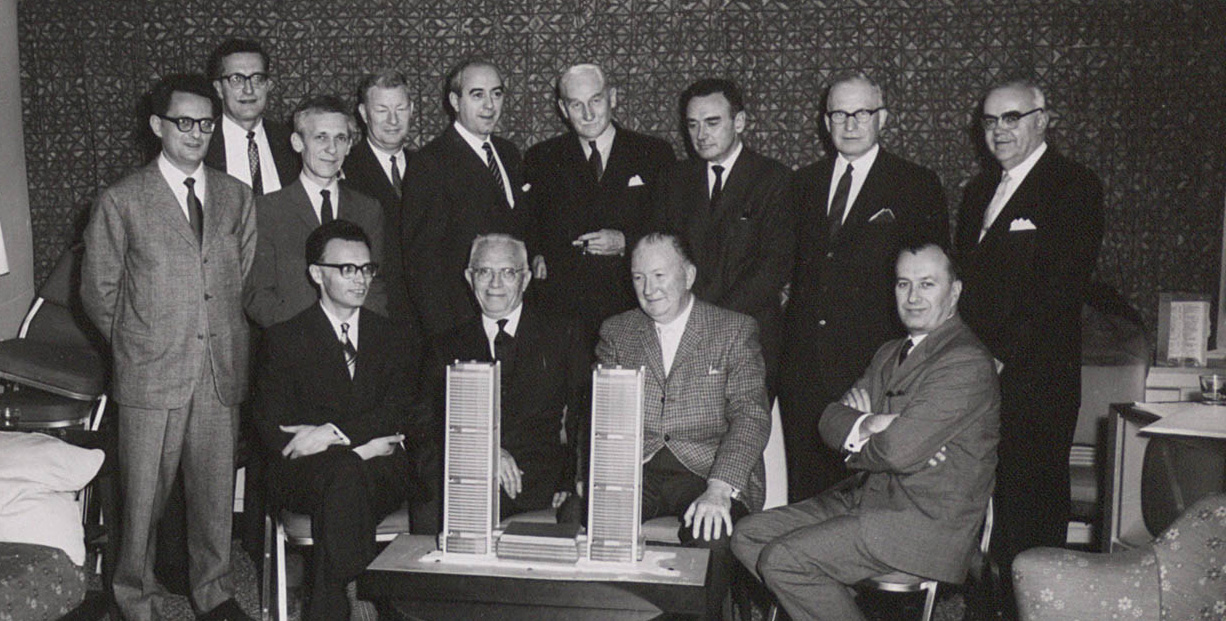 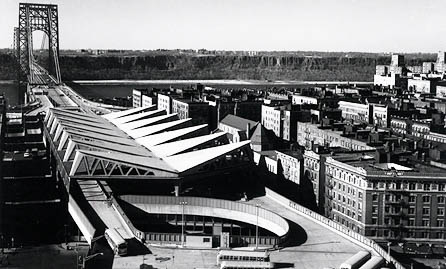 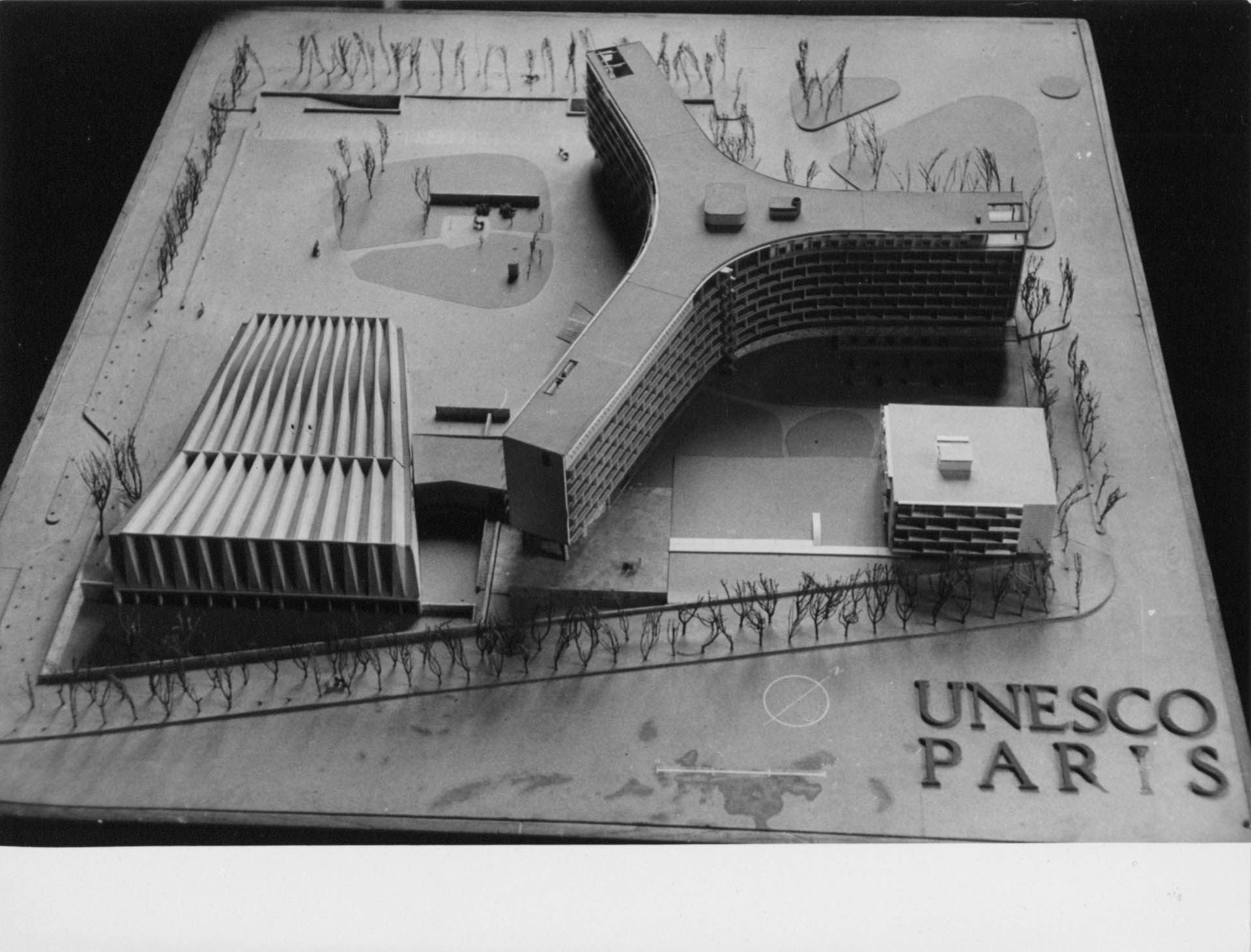 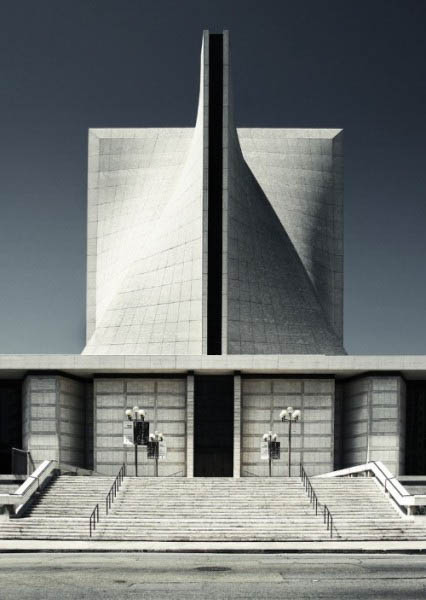 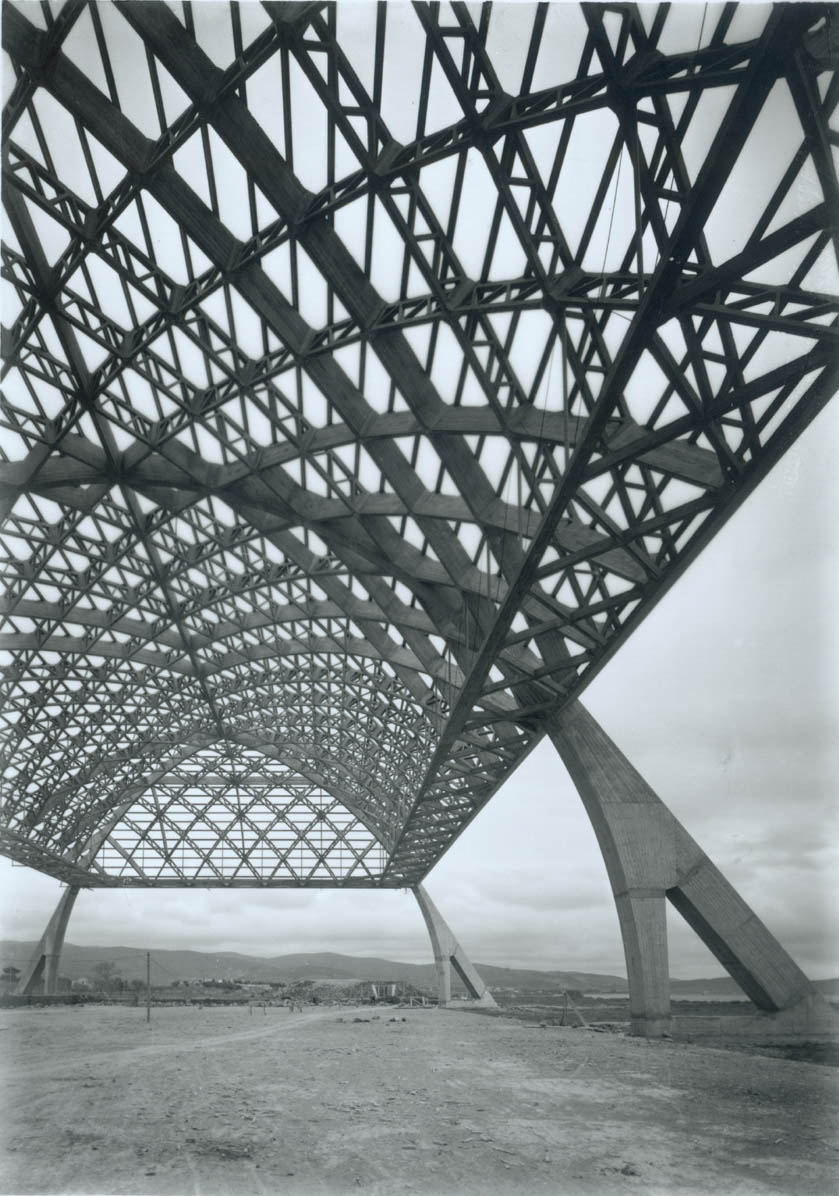 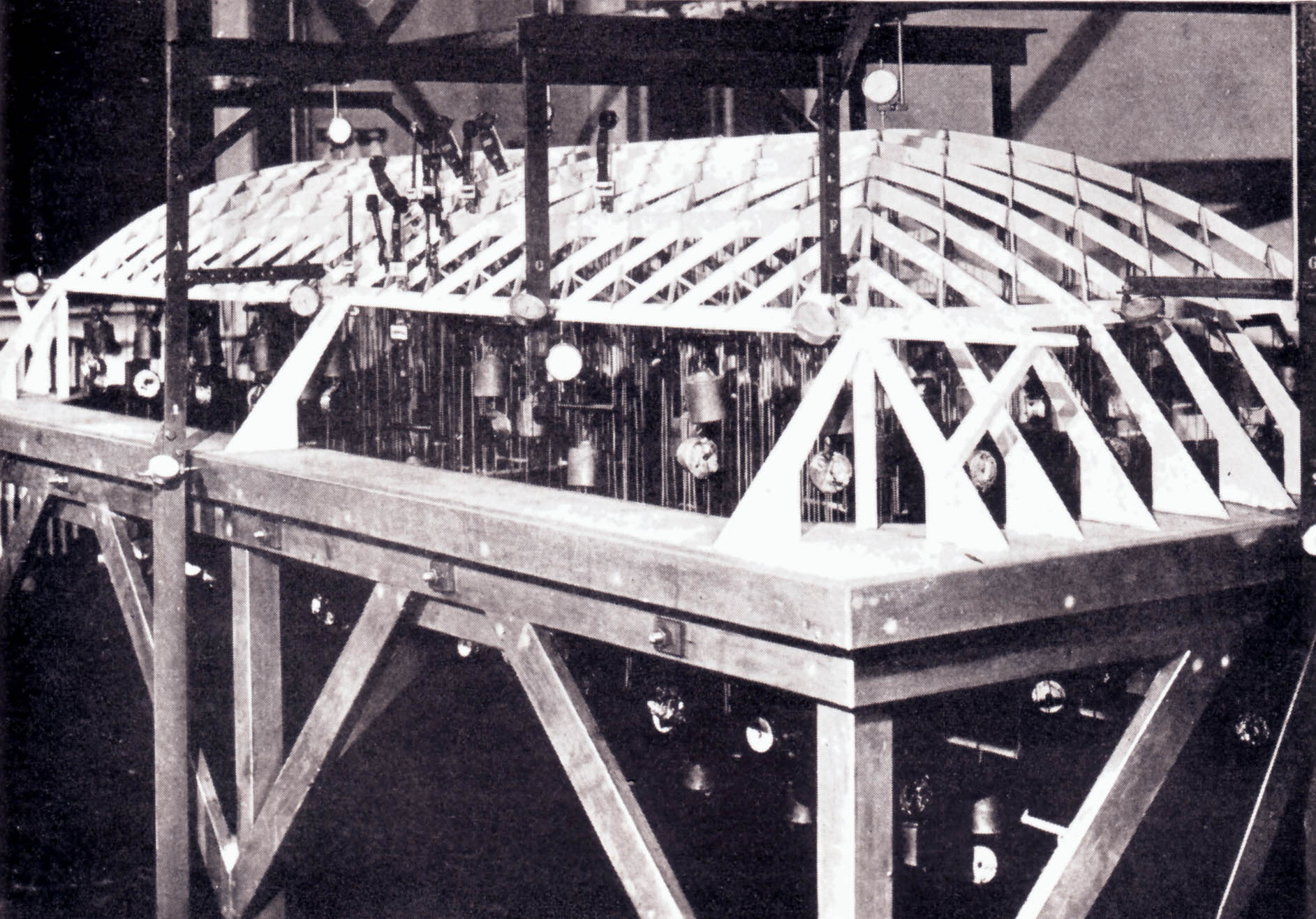 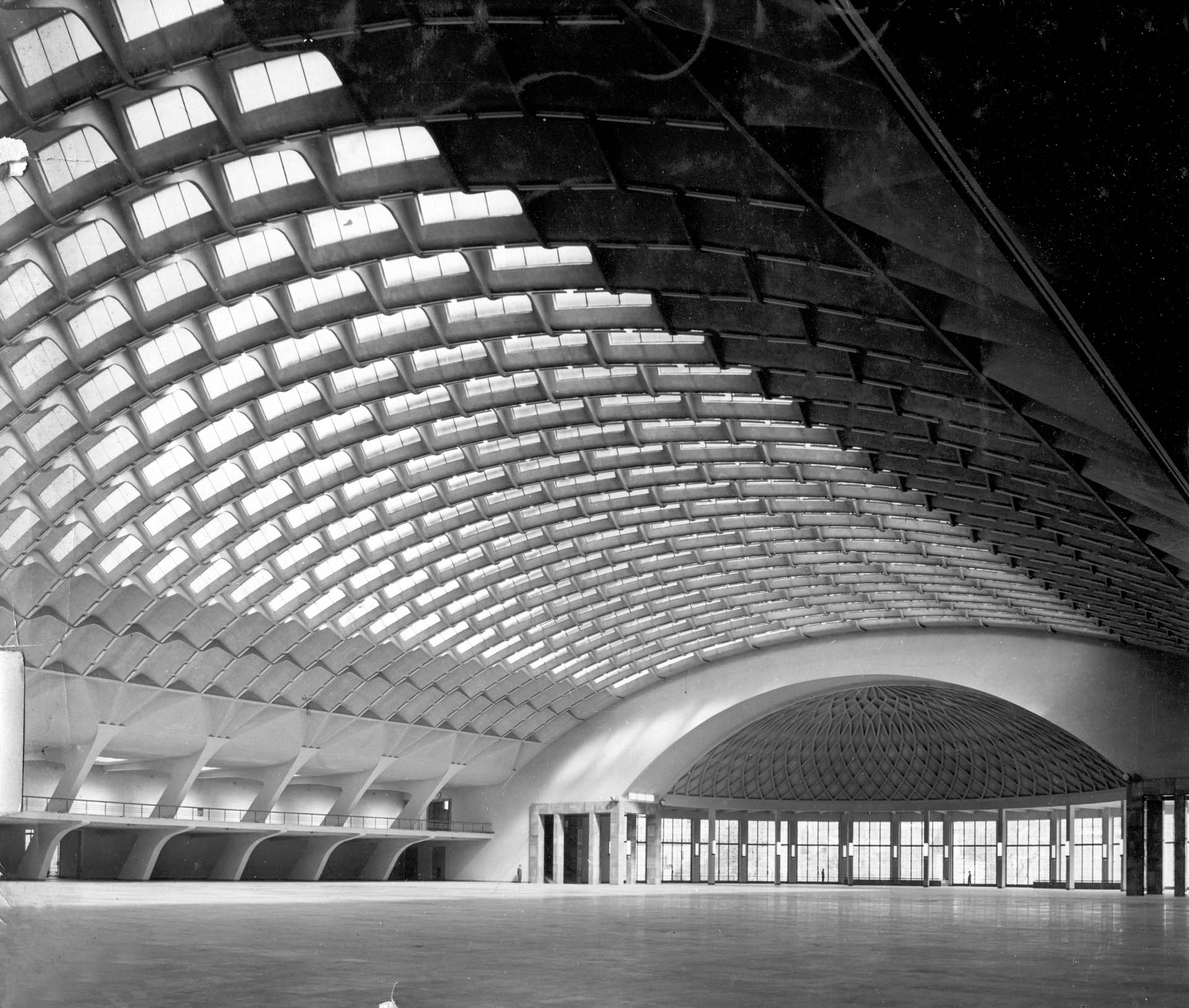 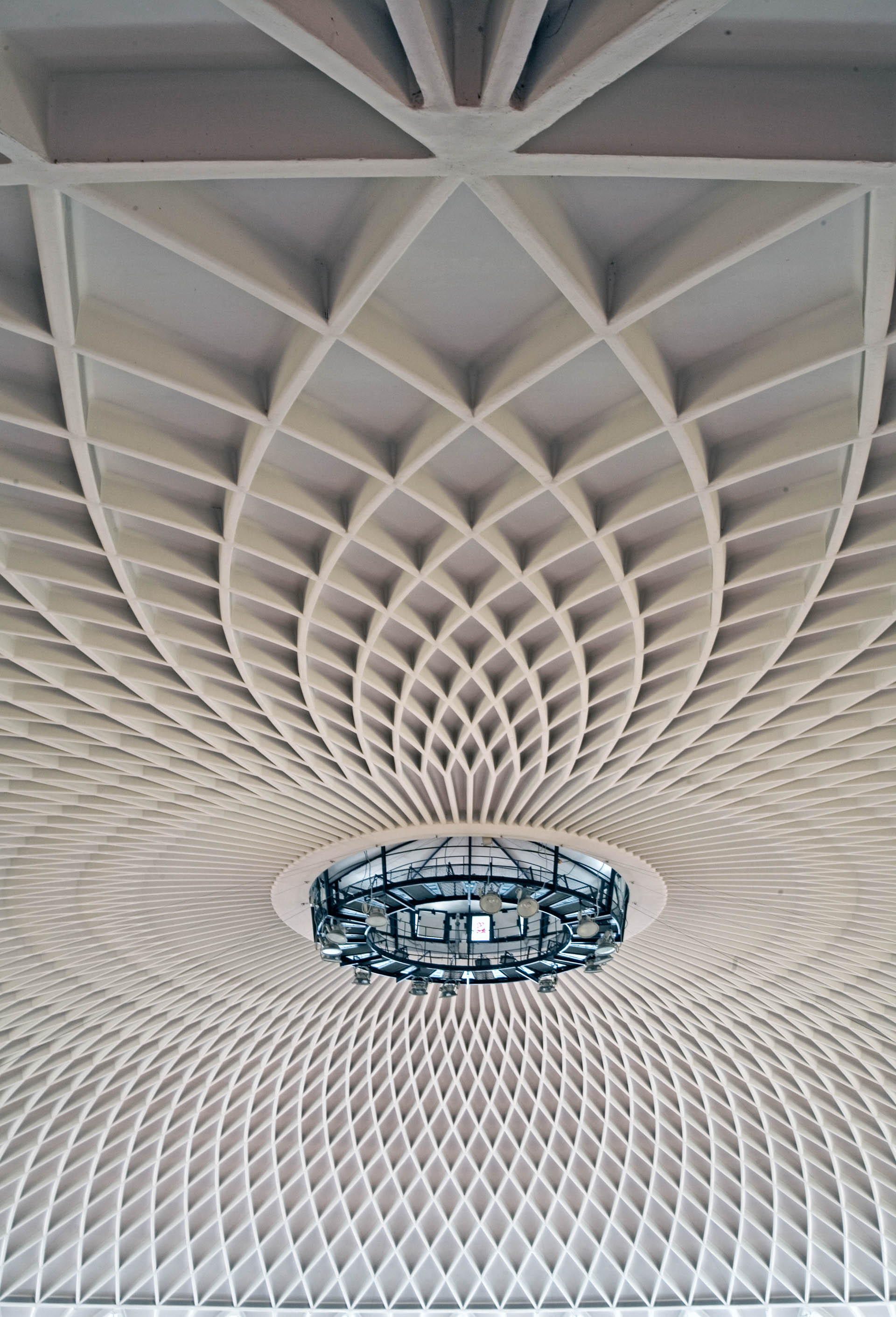 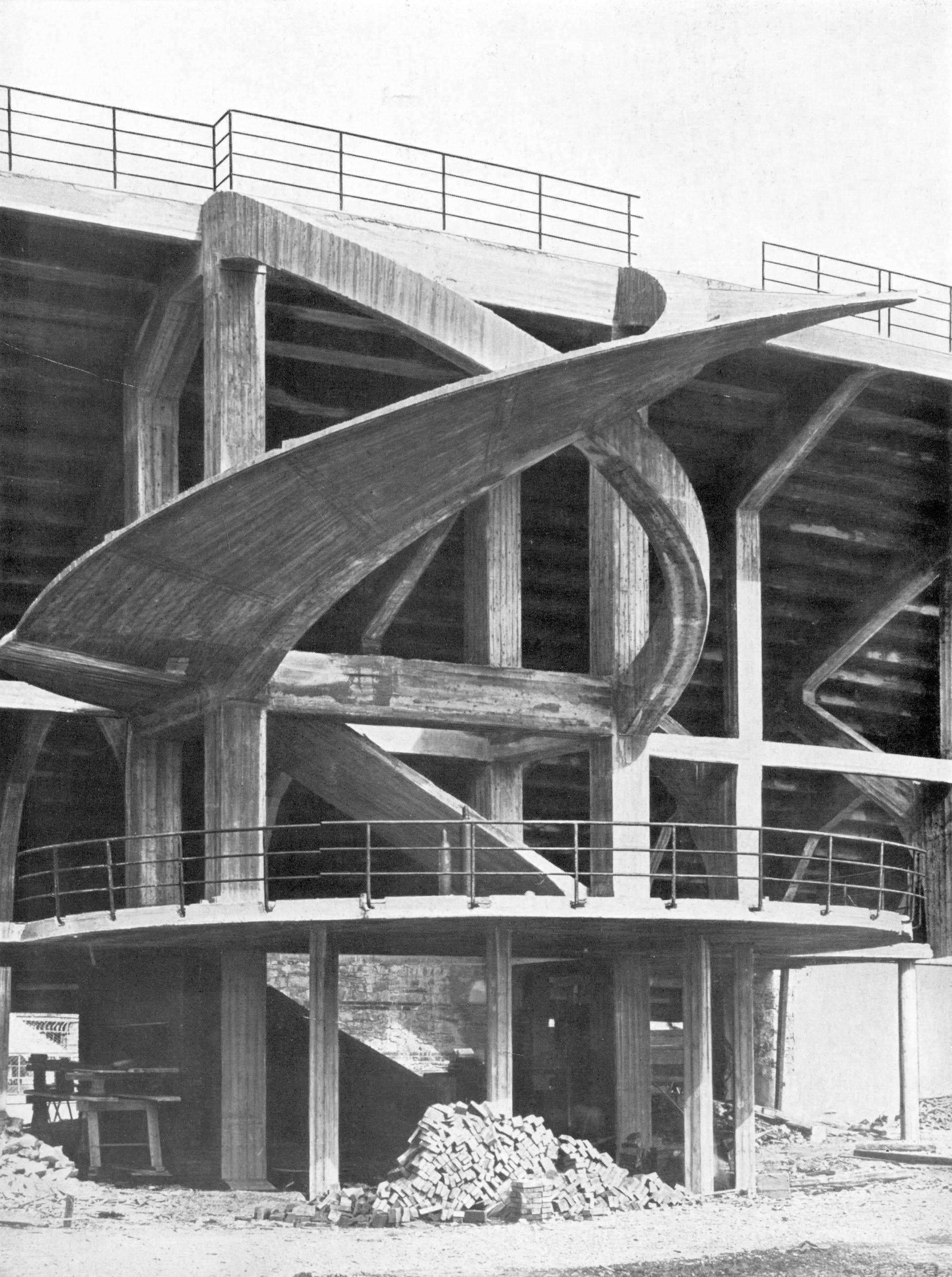 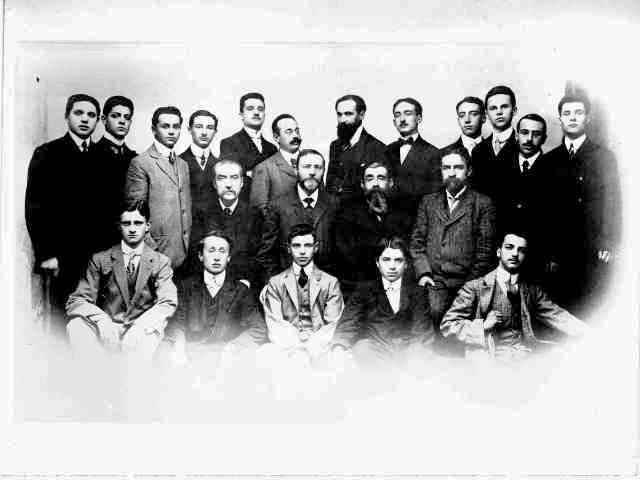