Of all Nervi’s works, the Stadium in memory of the fascist military soldier Giovanni Berta, thanks to the extraordinary critical fortune and presentation made by Pier Maria Bardi on «Quadrante» and Giovanni Michelucci on «Architettura», was the work that would enable him to step into the world of architecture – an entry sealed by his participation at the exhibition on Rational Architecture held in 1932, of which Michelucci himself was the curator, along with Adalberto Libera. Nervi was not foreign to the atmosphere of the Movimento Italiano per l’Architettura Razionale (MIAR), given that, already during the second exhibition of Rational Architecture held in March 1931, the small building on the Tiber embankment Arnaldo da Brescia designed by Gino Capponi, whose calculations were by Nervi, had been put on display. The very architectural elements used in Stadium Berta – the cantilever roof, the tower, the spiral staircase – suggest an attentive evaluation, on Nervi’s part, of the reflections on theory and design made by Gruppo 7 and the MIAR architects. And Nervi, with his building firm, was the one – and was acknowledged thus – capable of man-aging the new construction techniques and the very terms of an architectural language in the delicate pas-sage between key discourse and concrete experimentation: think, for instance, of the first exhibition on Rational Architecture held in 1928 where, of the 500 projects on display, only 5 were implemented – among which, the FIAT-Lingotto factory by Giacomo Mattè Trucco. To seal this enterprise, the exhibition manifesto showed a single pillar in reinforced concrete, with the mesh exposed at the top, as a new universal architectural order.

Promoted by the District fascist group, the project, initially entrusted to the municipal technical office, was definitely entrusted, at the end of 1930, to the firm Nervi & Nebbiosi, that a few months before had sub-mitted a project for the Section of Honour: a roof in reinforced concrete with a cantilever of 22.5 m, resting on 15 load-bearing brackets with curved section, stiffened by two cross beams; a sort of static paradox where balance is reached – with studied carelessness –by virtue of the action of the beam and the counter-weight of the terrace steps. The project was devised by Nervi between 1931 and 1932 (the year in which he ended his partnership with Nebbiosi, to found Nervi & Bartoli), and the projects for the different structures involved – the covered main stand, the uncovered terrace steps, the spiral stair-case, the Maratona tower – were fine-tuned by Nervi during the course of building. This process is further highlighted by the latest documentary findings. The project dated back to 1930-31 shows that Nervi was considering a number of possible options at the same time. It may have been a general project presented to the municipal technical office in 1931, between the completion of the works of the covered stands and the construction of the two uncovered ones – a more “restrained” one, without those exceptional objects that Nervi would design after ending the partnership with Nebbiosi.

These designs suggest Nervi’s quest for an appropriate architectural language – a problem that he had never challenged, until the project for the Florence Stadium. In this series of unpublished drawings, Nervi lingered over – almost “flirted” with – techniques of representation that are typical of avant-garde figurative art (in the evocative, almost abstract, table with the silhouettes of the front view, where the constructive and decorative elements coincide, almost a decorative narration in the static system) and with formal solutions similar to certain contemporary elaborations of Libera and Mario Ridolfi (in the plans for the lamp-posts). The very quality of the drawings is remarkable we don’t know much about those working for Nervi & Bartoli in those years, but undoubtedly, the choice of the technique of representation in the succession of charcoal views testifies to the need of speaking a language that would be recognised The two plans for the lampposts – not implemented –inaugurated, in their turn, a fruitful vein of studies on “very high and slender towers” (in a letter written by Nervi to Eugenio Miozzi) that would soon lead to the devising of projects for the Maratona tower, the Flag monument, the Water and Light building. These were true manifesto-buildings that voiced out how Nervi, through technique, was seeking a role of his own in an attempt to guide architecture beyond the foundation period of Italian Rationalism that Terragni was to define “the fascist action squad period of Italian architecture”. Unlike the first project – less costly and avant-garde –the final implementation of the Florence Stadium saw Nervi proceeding with self-confidence adding up plastic episodes. In the new stands and in the Maratona tower, he once again embraced static paradoxes – in the stairs, a tapered cantilevered slab, on which the steps rest, projects from a large spiral beam, while another entwined, symmetrical and inverted beam steps in to re-balance strengths, giving rise to a frame-mounted structure; while the tower, a 55 m high see-through glass shaft incorporating a lift, rests on a cantilevered slab. The result is a set of unique objects, real masterpieces that Nervi – the engineer – entrusted to architecture, where plastic solutions are ordered, con-trolled, organised and made functional, almost as if to illustrate the words of the first article by Gruppo 7: «the new architecture, the true architecture, must result from strict compliance to logic, to rationality. A strict constructivism must set the rules. The new forms of architecture must receive an aesthetic value only from the character of need, and only at a later stage, through selection, can style be spawned»1.1.

In June 1931, while the scaffolding from the stadium cantilever was being pulled down, Nervi published «Scienza o arte dell’ingegnere?» 2, , one of his last contributions to engineering magazines. By now very active in the architectural arena, Nervi started a long series of publications for «Casabella» and «Quadrante». With his articles on «Casabella», he stepped right in the middle of a lively debate. For all tastes – from Piacentini («some of yesterday’s manifestations show that, basically, some ideas are not clear enough. Formal elements like the arch, the deck slab, the pillar or the column, seem to acquire an importance they do not and cannot have»), to rationalists («another dangerous mis-interpretation lies in the adjective “rational” used by many to define the new architectural trends. An art can never be rational» 3»).Hence, Nervi concentrates on the need to define the figure of the architect and constructor, first of all on the «need to return to the architect not only his name, but also the function deriving from his definition as “head constructor” – that is to say, the only person in charge of the work, from the conception of the idea, to its seeing the light, becoming a concrete and alive reality»4, concluding that «(...) at an in-depth evaluation, the point where engineering becomes architecture, or architecture becomes engineering, does disappear»5», since «designing becomes a dialogue between the architectural idea and the needs of technique»6.

Nervi thereby steps away from the controversy raging in the period around the theme “Architecture, art of State”, shifting the emphasis of the discourse – he places at the very heart of the matter téchne, that removes any difference between engineer and architect, since designing, res aedificatoria, is an operation of knowledge, where verba and res coincide, and the architect is considered – as in Alberti’s words – «the one who knows the reasons». And Nervi demonstrated this in the buildings he designed: in this respect, the Berta Stadium can be read as a building-monument whose intention is to “surprise”, but also a building-manifesto, continuously commented upon in the numerous writings published from 1933 to 1934 on «Casabella» and «Quadrante», architectural maga-zines, and as the built evidence of the alliance between téchne and eidos. 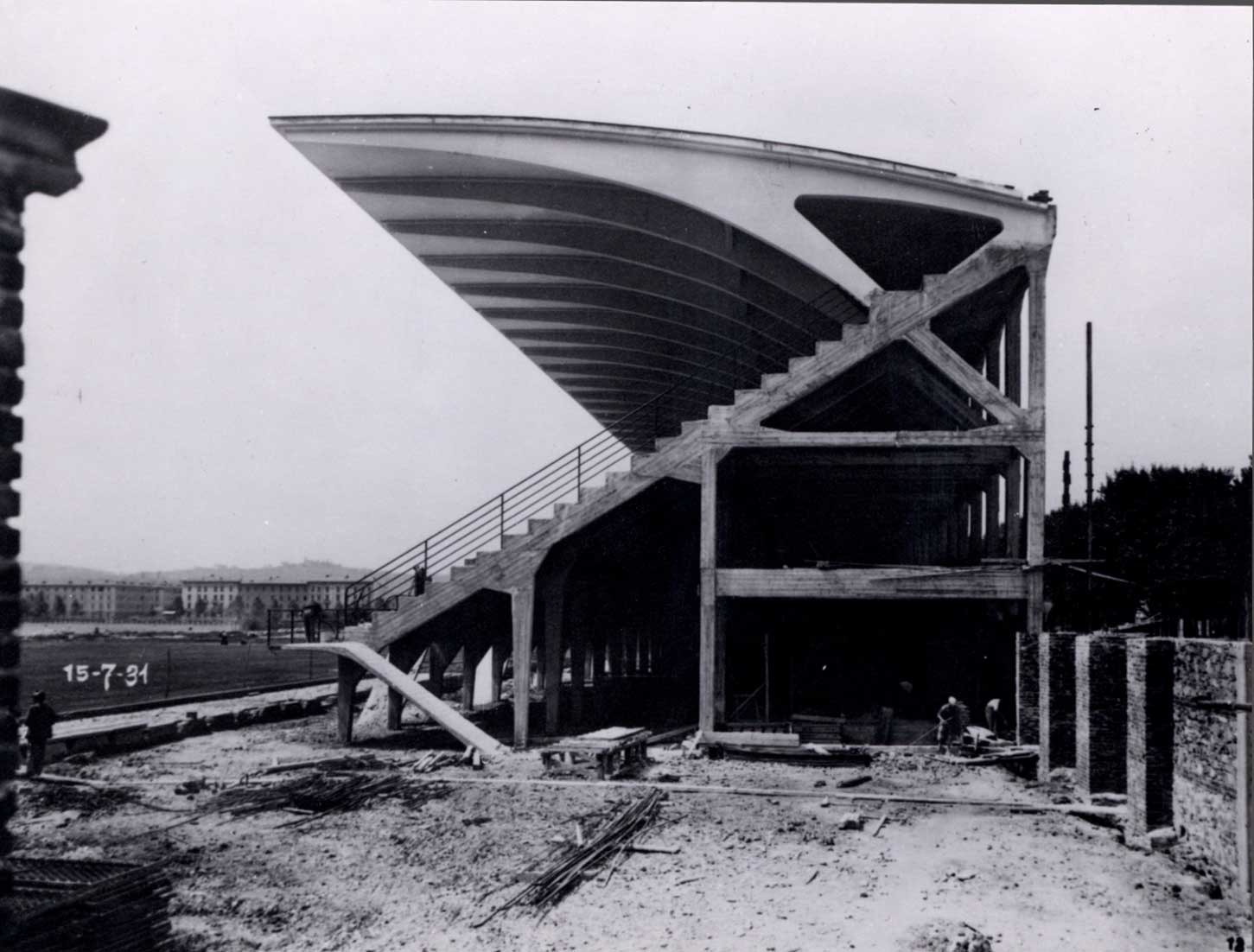 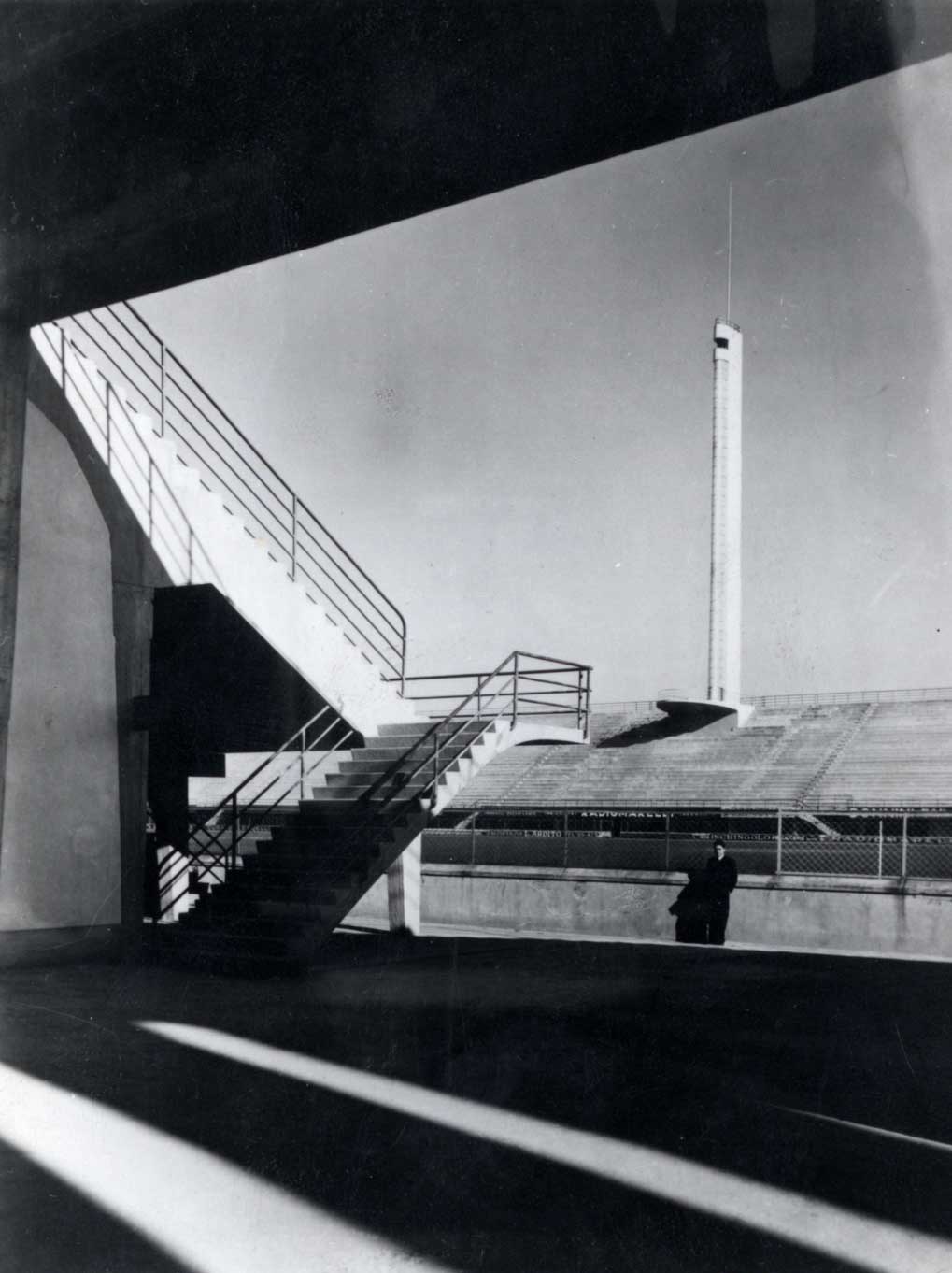 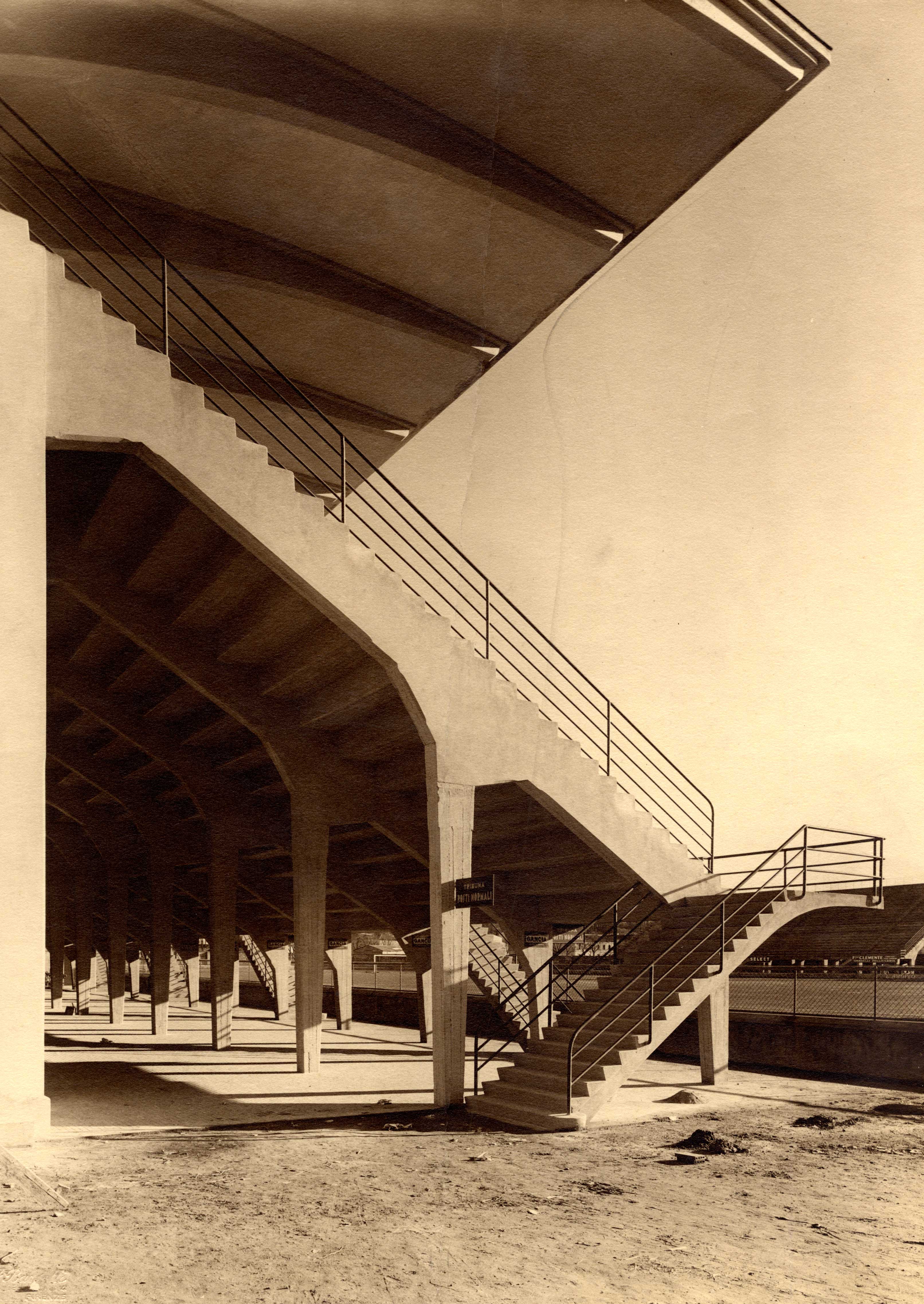 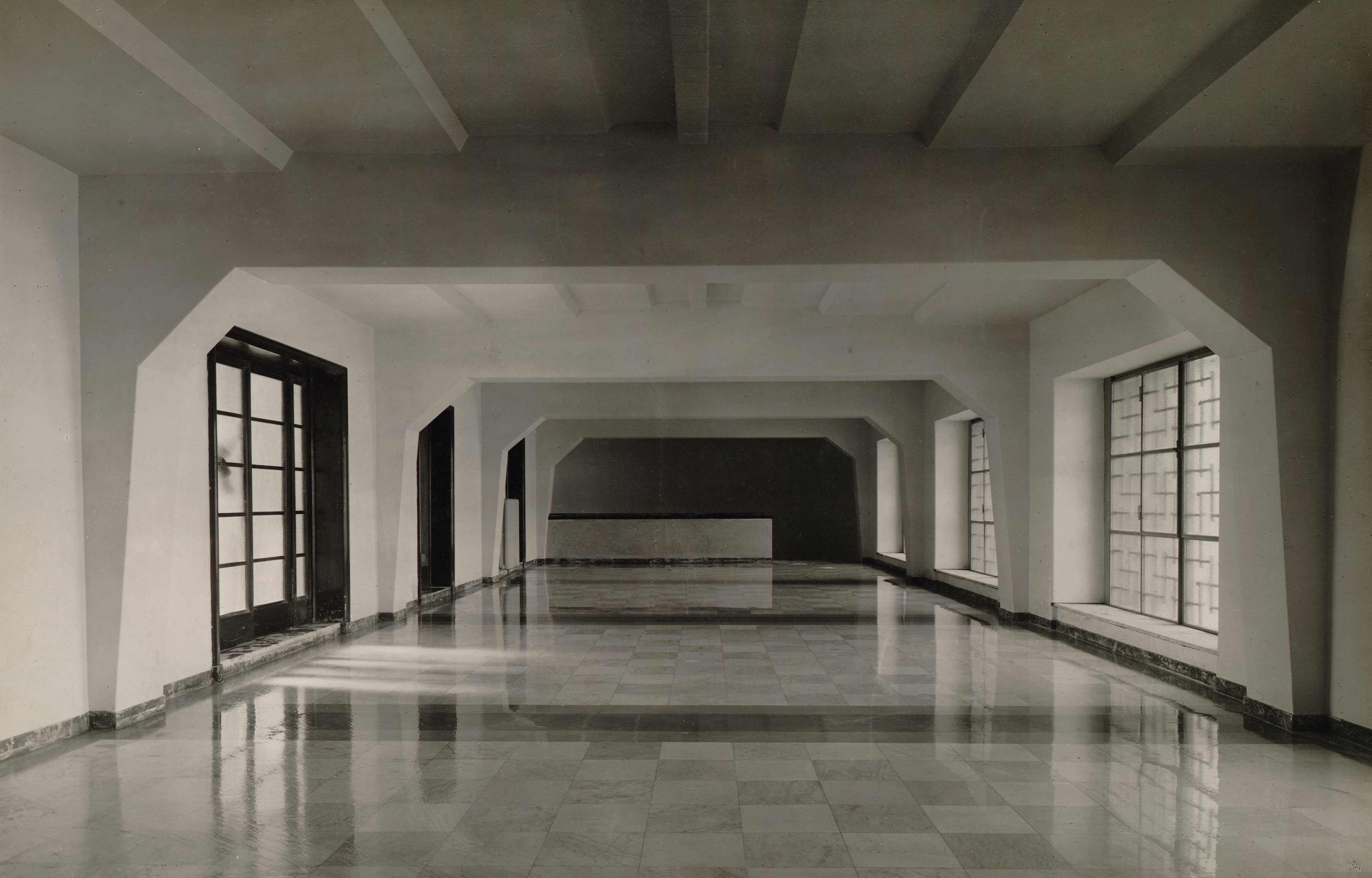 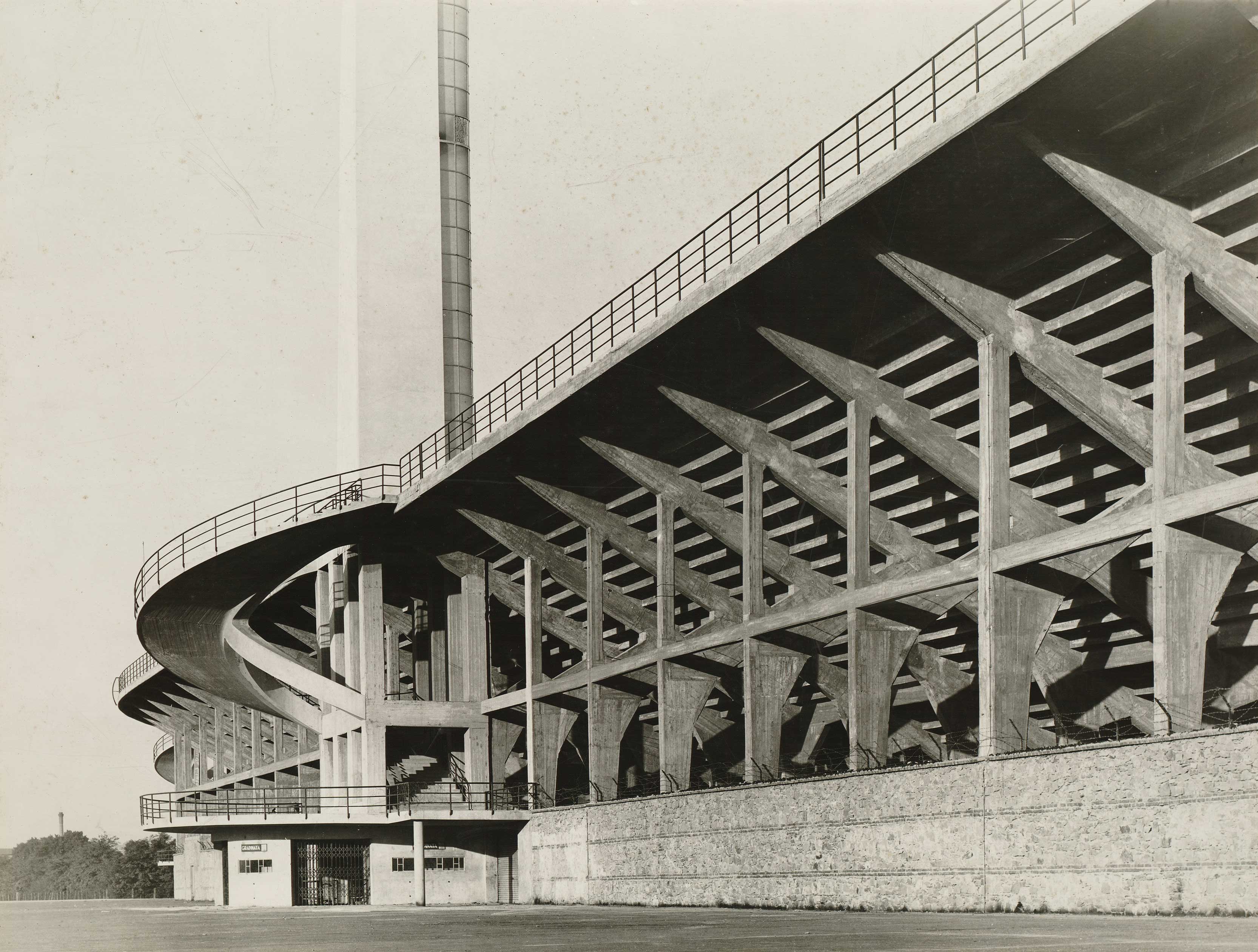 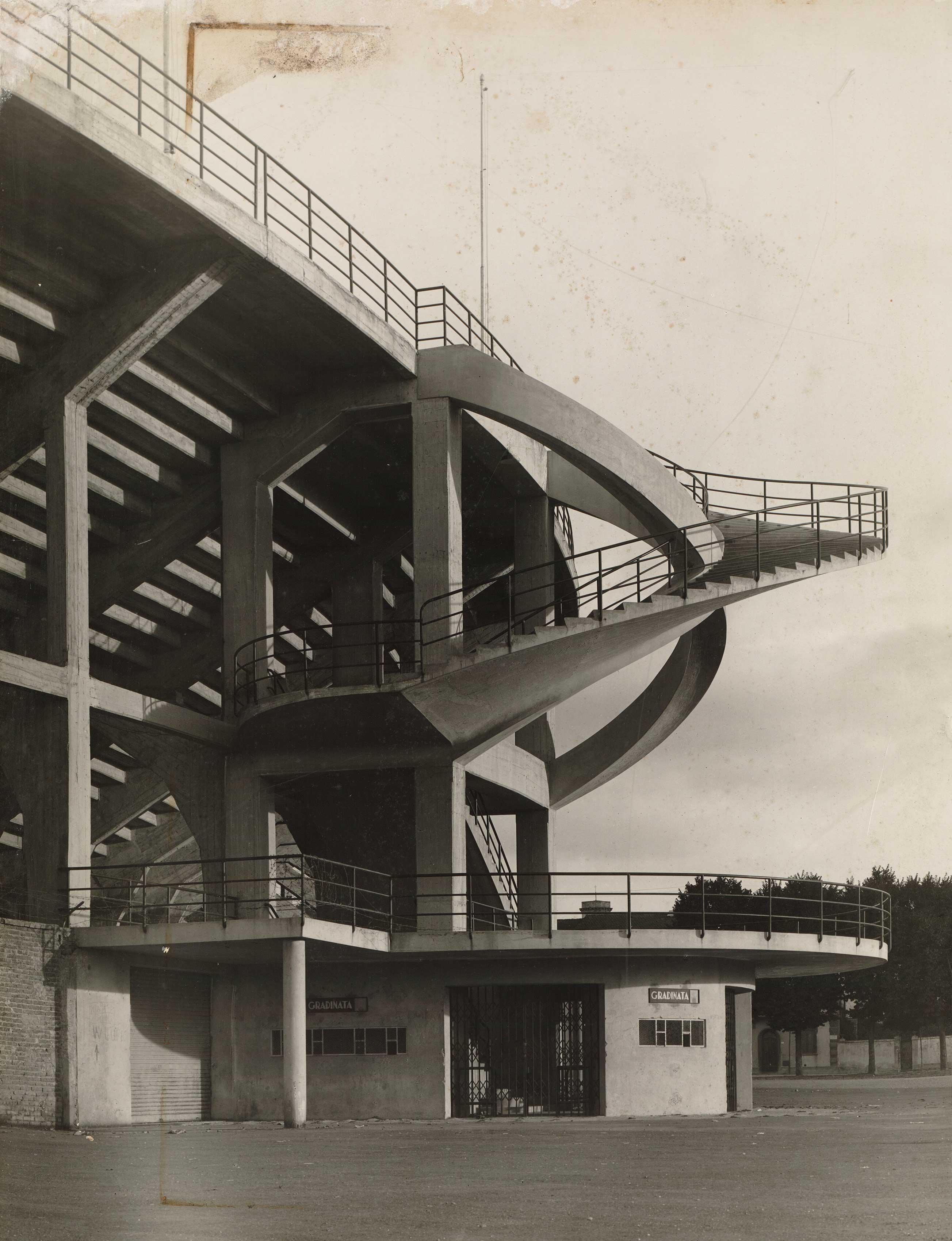 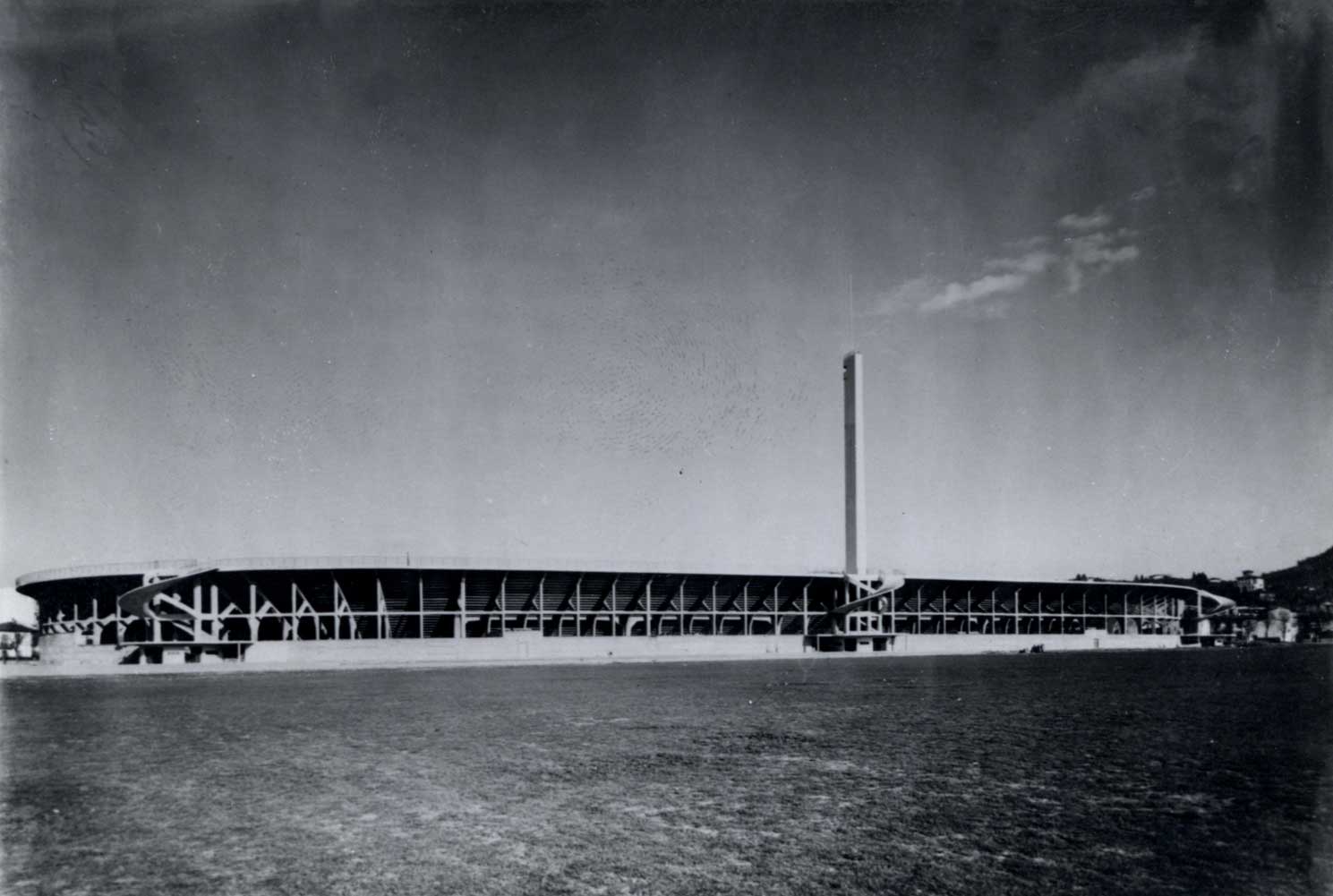 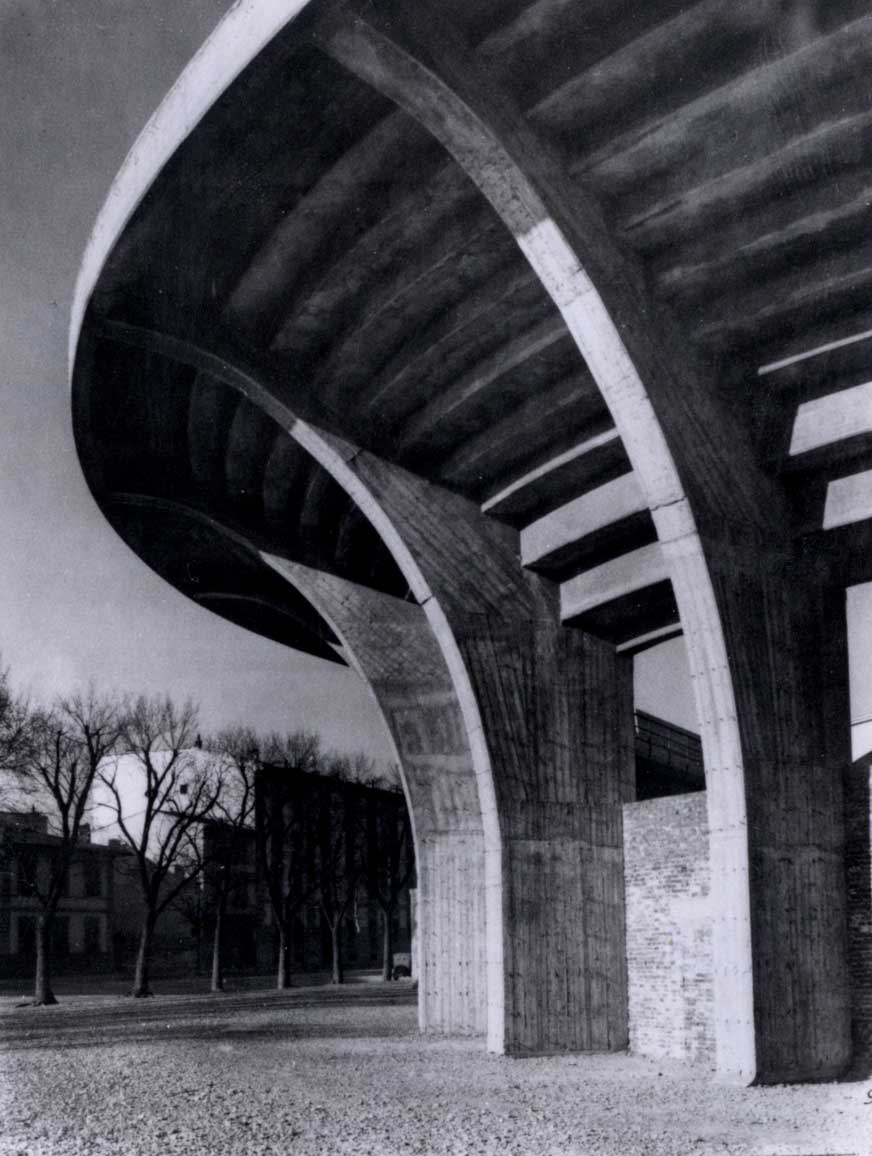 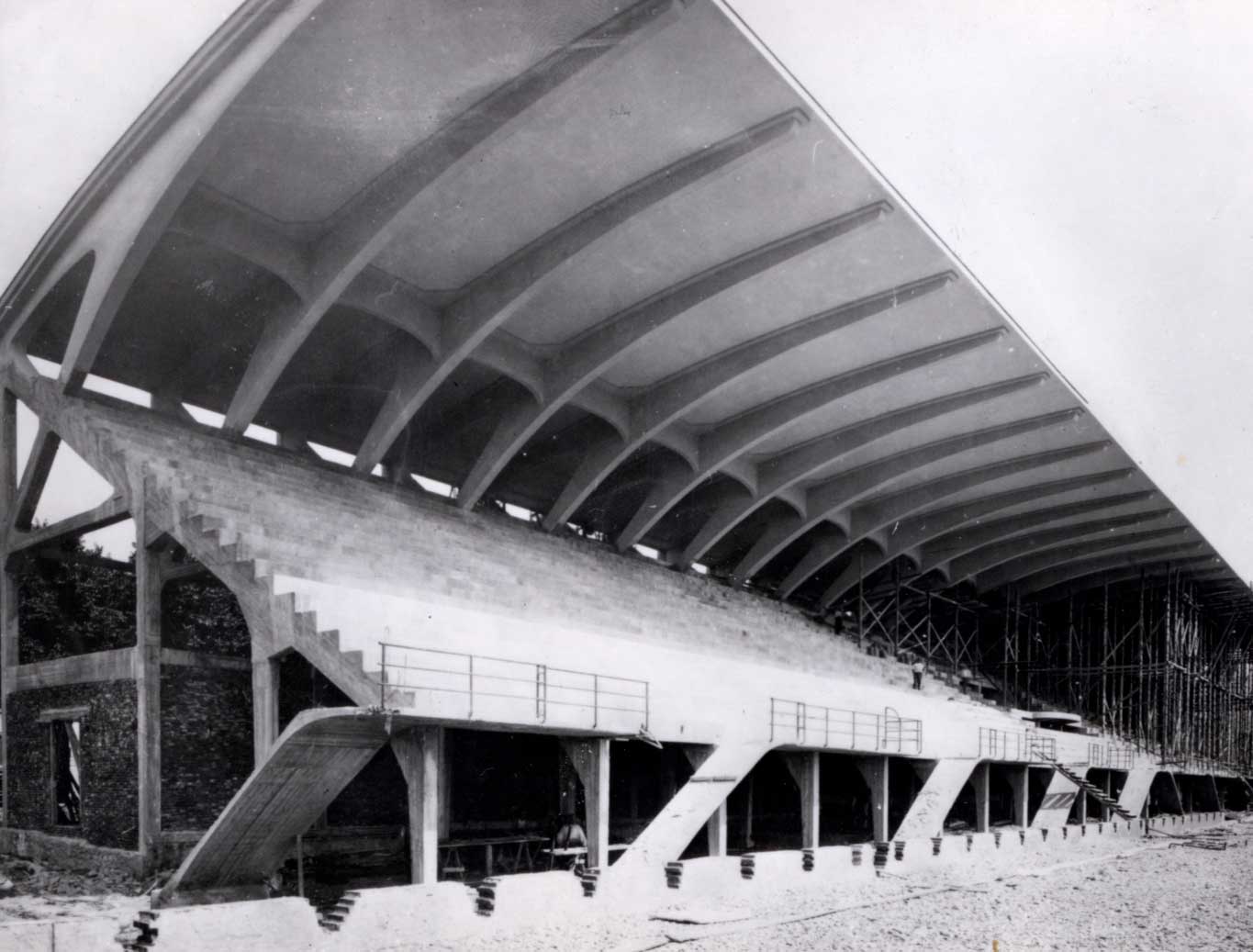 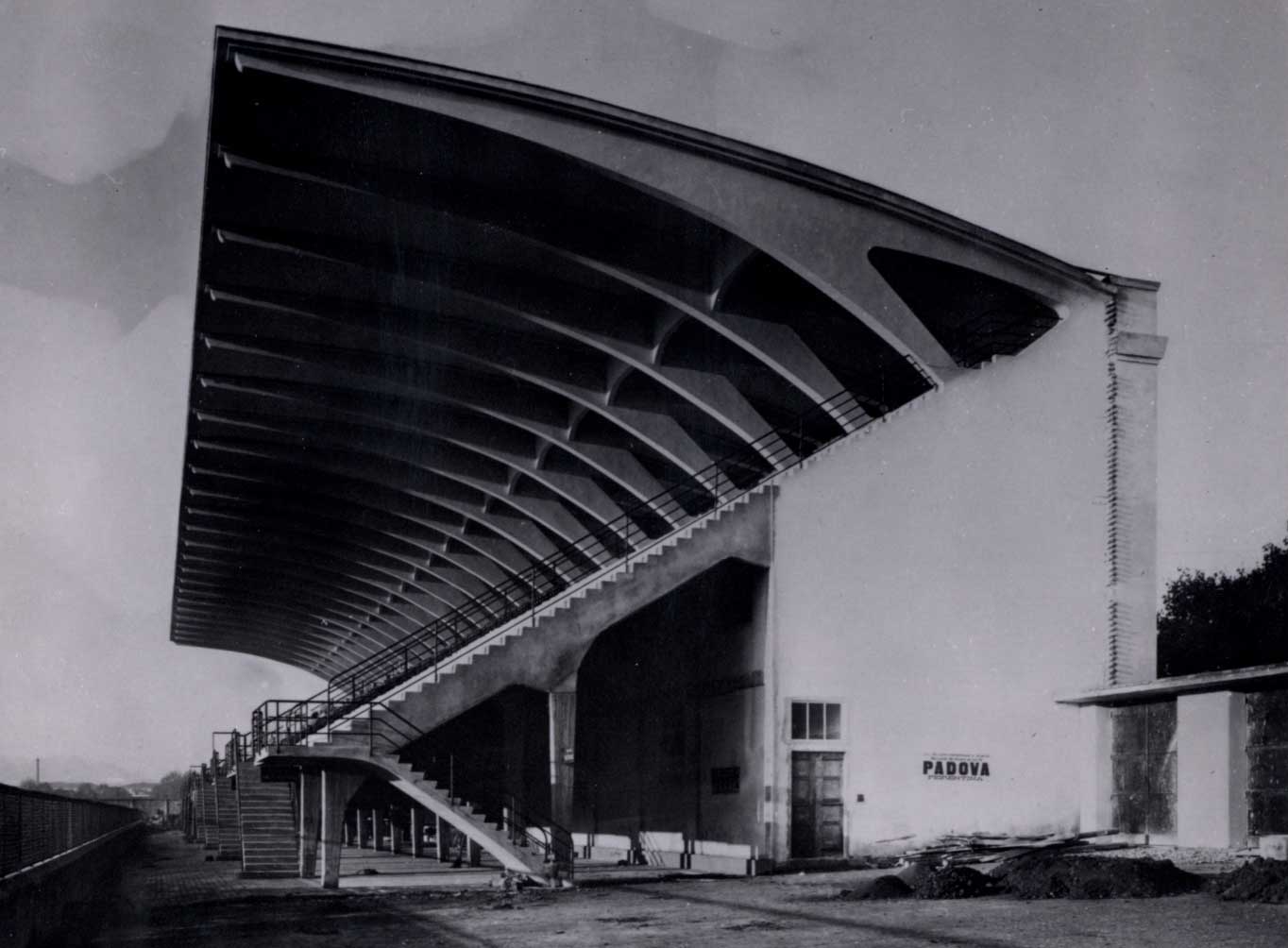 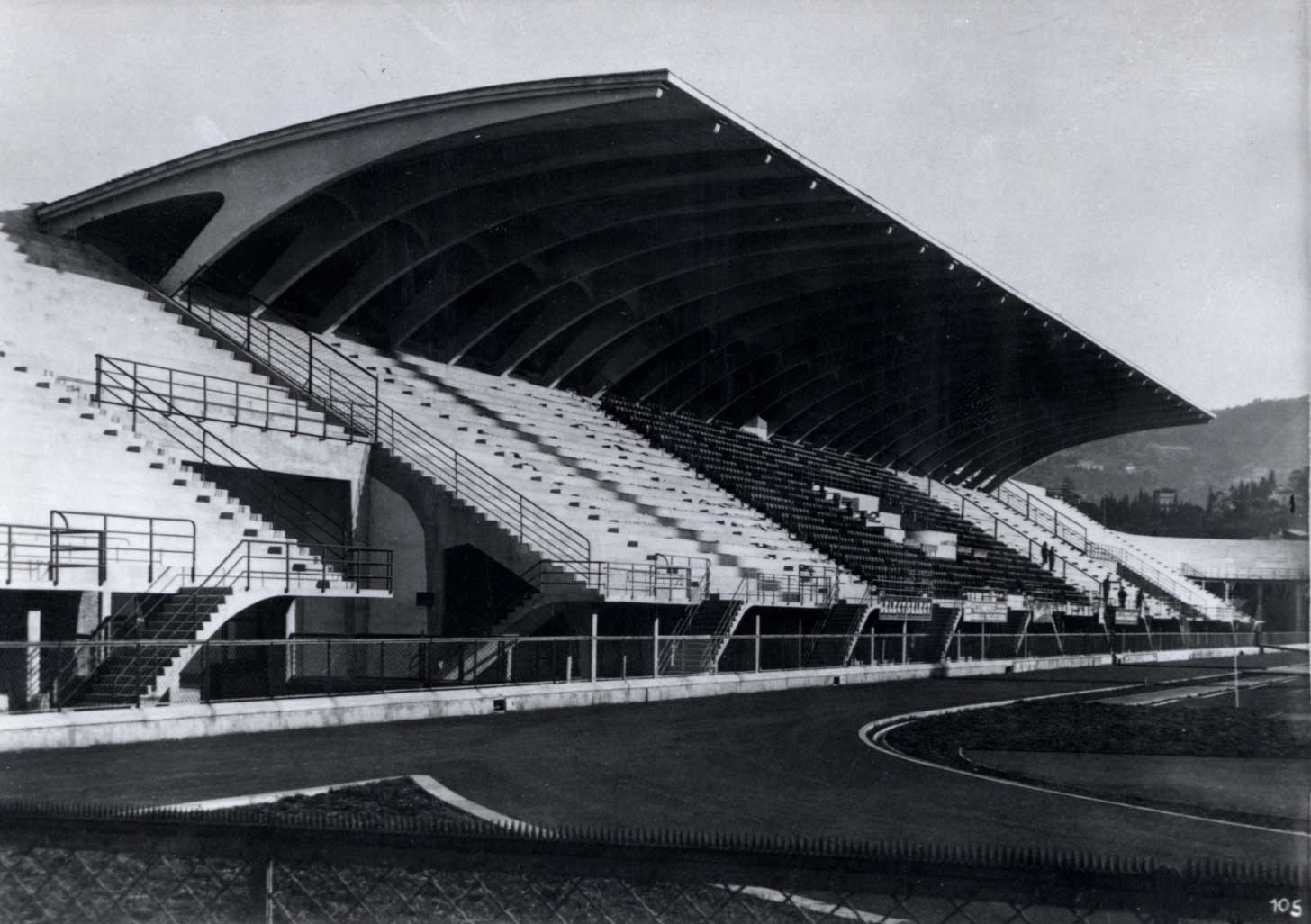 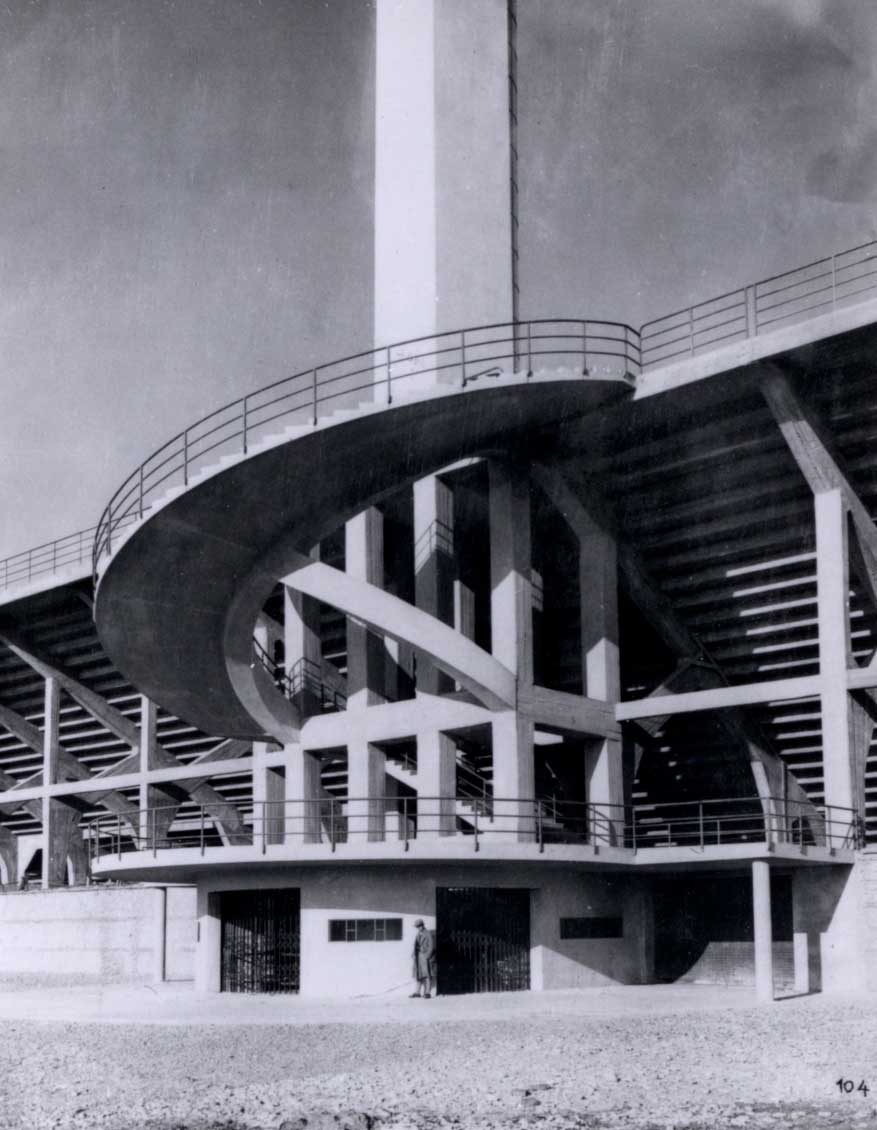